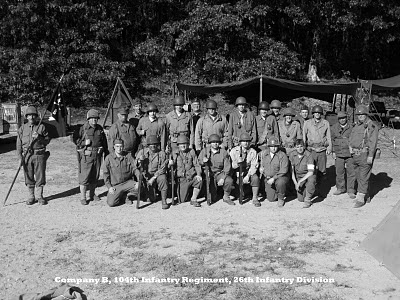 Collings Foundation's Battle for the Airfield

During the weekend of October 8-10, 2010, elements of the 26YD HRG attended the Collings Foundation WWII event.
The weather was picture perfect for Fall, with plenty of bright sunshine and deep blue skies. Temperatures were mild during the day and cold at night. Spirits and enthusiasm was high for all the troops during the weekend which helped lead to a very successful effort by Baker Company and an enjoyable time for the spectators in the crowd.

Camp was established late Friday afternoon into the night. With the recent addition of new tentage, this event was the largest encampment that the 26YD HRG has seen since it's inception. All three of the pyramidal tents were up and in use. Headquarters consisted of a wall tent and fly which also housed communications. Supply had it's own wall tent and transportation was sheltered by it's own fly. Red cross was in attendance and provided it's services from the confines of a wall tent. Last, but not least, Mess section had it's own fly tent and provided a full service field kitchen feeding the troops throughout the weekend. Vehicles present were two jeeps, one ambulance and one 1 1/2 ton transport truck. For those personnel willing to work a little, there were two bicycles available for local transportation.

After a late night with lots of excitement and anticipation about the morning battle to come, the allied camp finally fell silent early Saturday morning. Reveille echoed through the cold, frosty air at 0630 followed by a bountiful breakfast served with a smile from the mess section.
B Company was ready to prep for the day's two battles and a variety of duties that would need to be completed during the day. After first formation and roll call, an all event participants meeting was held at the main hanger. Upon returning to camp, SSgt. Volk provided the necessary instruction and guidance for the troops prior to the field inspection of the bivouac area. By this time, the public was allowed in to the allied camp and the discussions and education with the civilians and veterans began. The allied command was well in to their pre-battle briefing for the morning encounter with the Axis forces.

The battle for the airfield #1 ensued at approximately 1130. The allied forces (26YD, 506 Airborne, Canadian Black Watch and Russians) fought bravely with support from a variety of tanks, halftracks, and other armored vehicles. The German forces defended the airfield with a variety or armored vehicles, artillery and air support ( Storch, Stuka dive bomber). When the smoke and dust settled, and the bullets ceased firing, the Germans won the battle. The good news was that the allied forces would be able to regroup and fight again.

Prior to the mid-day supper, B Company was surprised with an always motivating mail call. All the troops received letters and packages from loved ones at home. I believe there might have been one or two "Dear John" letters, but most of the news was well received as was the home made treats of cookies, breads, etc.

After another fantastic meal from the mess kitchen, the afternoon got started with a class on field telephone switchboard set-up and operation. After a successful switchboard class, and more interaction with the public, the afternoon battle preparations were once again underway by the Command staff.

During the afternoon battle for the airfield #2, the allied forces fought with all the blood and sweat they could muster, but ultimately were subdued by the axis forces. Tomorrow would surely see a better result as the Allied forces would once again persevere and try to claim victory in winning and securing the strategic airfield.

There was one more class held during the afternoon. Pfc. Carbone instructed a select number of troopers on the proper techniques of wire splicing. With the need for primary communications in the field being wired, it's essential that key personnel be knowledgeable in how to effectively splice a wire that has been cut. From all accounts, the class was successful and B Company has that many more troops ready to re-establish the "line of communication" when called upon.

Retreat was sounded during the day's final formation and supper was provided by the Collings Foundation.
The meal was adequate, but paled in comparison to the chow our mess section put out this weekend.

After socializing and reading some letters from home by the fire, the cold air set in again. Preparations were made by B Company to settle in and hunker down for another frigid night of sleeping.

Sunday's first light was greeted by reveille and a hearty, hot breakfast from B Company's Mess kitchen. Another great meal to fill the troops bodies with nutrition and motivation for the day's battles and activities.

The morning and afternoon activities mirrored Saturday's schedule with one big exception. Sunday was the day that saw the Allied forces overwhelm the Axis forces in battle. The superior battle strategies and tactics delivered by the Allies, were too much for the Germans to hold off this time. The airfield battle #3 was won by a determined and proud Allied Army.
The afternoon battle #4 for the airfield also resulted in a similar outcome with the Allied forces defending and maintaining control of the airfield. Shortly after the final battle, approximately 1600 hours, camp started to break and everyone began to pack up for the trip home.

All the living history participants and all the civilian spectators experienced a wonderful weekend that allowed them to step back in time, and if only for a couple of days, relive a time in history that was so important and instrumental in maintaining the freedom of the world.

It was a very successful event with fond memories made from the experiences of the weekend and the various conversations shared with a good number of WWII, Korean, Viet Nam and other period veterans in attendance. Two of the many veterans in attendance were World War II Medal of Honor recipient Francis Currey, and Korean War Medal of Honor recipient Thomas Hudner. May we all remember the stories told by these, and all the heroes from a previous generation so as to pass them on to anyone who is willing to listen. Tell the stories....tell the stories. Keep their memory alive!

Thank you to all the 26YD HRG personnel in attendance! You all were a big reason why this event was so successful!

Special thanks go out to:

SSgt. Volk - For your preparation and organization of this training exercise, your class instruction and other training activities, for supplying the PA system and period music and bringing your jeep and bicycle.

Capt. Devlin - For commanding the Allied forces and the 26th YD HRG with skill and tactical expertise. Also, for bringing you jeep.

Lt. Kersting and 1st Sgt. Mazzarella - For your dedicated leadership of the troops.

SSgt. Brissette and Pvt. Pereira - For your "five star" cuisine that put a smile on everyone's face and the moral and energy to drive on.

WAC Kuebler - For the many hours, and money spent in organizing and managing the "mail call" for B Company. Just another example of your dedication and service to the 26 YD HRG.

Pfc. Carbone - For your instruction in the class of wire splicing. Keep up the great work!

SSgt. Mazzuchelli - For your continued professionalism in manning the supply section and providing quality items for B company and the public to acquire.

Nurse Teixiera - For yet another fantastic Red Cross display and authentic impression that is a magnet for the public, and even video cameras, to be drawn to. Also, thank you for helping out at the mess tent.

CWO Barber - For bringing your 1 1/2 ton Chevy transport truck to display and haul the tired troops of B company from the battle field. Also, for your display at the transportation fly.

Pfc. Baril - For another outstanding weekend of capturing all the action, on and off the battlefield, with your video and still cameras. Can't wait to see the finished product.

Pvt. Wiegand - For bringing your ambulance and providing the public with an accurate depiction of what the ambulance driver dealt with during WWII.

Saving Private AJ
.
.
We do it for the Veterians 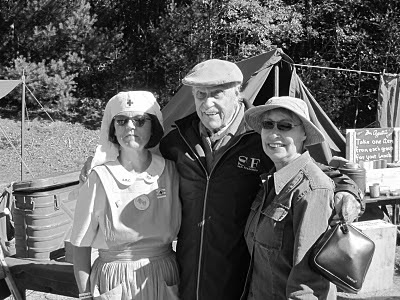 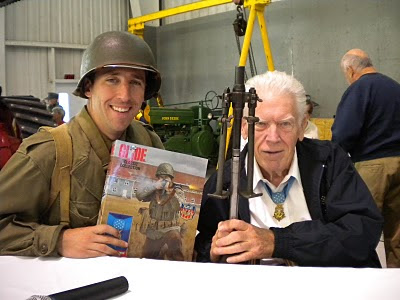 Troops,
This is one of those events, that if you attended nothing else all year, we need you to choose this one. Our attendance can make or break our abillity to use this facility for future events. It will also go a long way toward fostering good will with the Mass National Guard HQ. Please consider attending this event. There are heated tents available for use on a first come first served basis. Emails were sent out with the appropriate contact info in it. Hope to see you all there. We will be able to get you in. 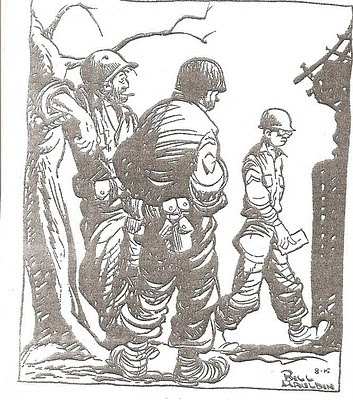 " Buchholz and I literally get, blown up,
and AJ gets a video"
"Blasphemy!"

Greetings and Salutations ALL!

Company B performed OUTSTANDING at the Collings Foundations "Battle for the Air Field" All members that attended should be proud of the great job they did, both in portraying the WWII Soldier in Living History and in "Kill'n Krauts!", Bidness Was GOOD!
You all did the veterans a great service and really drove home the look and appearance of those men and woman who made the ultimate sacrifice.

For all you that are attending Camp Edwards, Baker Company Mess Section will be having Saturday Morning Breakfast, Saturday Night Supper and Sunday Morning Breakfast. Thanks to the quick thinking of the Mess Sergeant the price for meals has been reduced to 4.00 a meal to YD troops. Total 12.00 to be sent to Ken Brissette 33 Spruce st. North Attleboro MA 02760 to cover your three meals at the Camp Edwards event.

Also, there is scheduled a public battle each day , so remember to have some blanks if you wish to participate in Kill'n the NAZI HOARD!!!!!!!!

I will be away for a few days, PLEASE send all your inquiries (if you have any) through your chain of command.


GAP Countdown
For all troops new to the GAP event form--hope this helps:

On Left of form of form after filling in Name etc. select-check box option B----$50 unless you want to have dinner with the Vets then check box A--$70 we usually pass on the Vet dinner and just check Box option B.

On right side of form in the large box in the top section for Allies go to 3rd column of units, about half way down is Co.K ID check that box
on the bottom of the large box check all three battles / tactical's for Thurs, Fri, Sat...
GMz Top
- 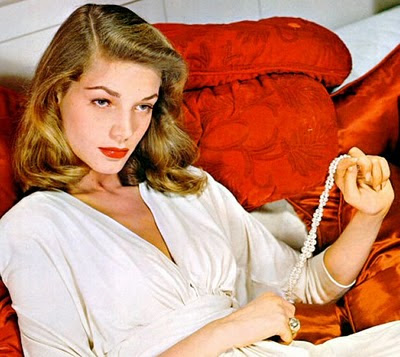