Award Ceremony for the Men of the Company B 104th Infantry Regiment
Presented to the personnel of Baker Company Headquarters who's commitment and efforts have helped make "The Unit" the best Historical Reenactment group in the country. Your support at all of our events is very much appreciated and needed.
Keep up the great work! 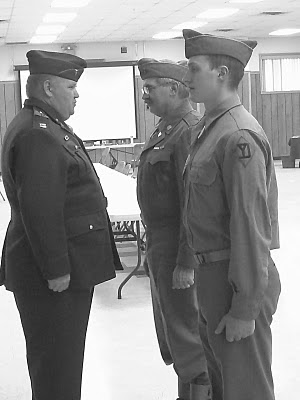 The following HQ personnel achieved the awards listed below: 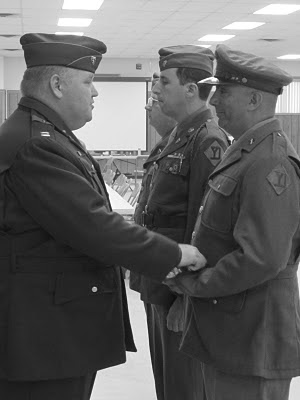 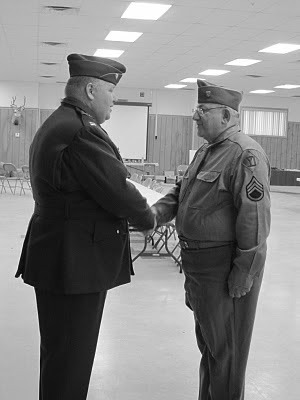 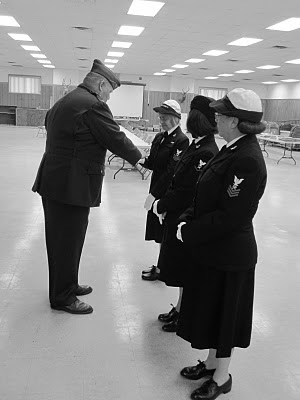 Rochester Display
On Sat August 21 members of Company B, 104th IR, 26th YD HRG participated in the Rochester fair day in Rochester Mass. The weather was warm during the day with low humidity.
The program was cut down to a one day event due to the Equine encephalitis scare that is gripping the area

10 Unit members participated in the Sat program talking to the folks who stopped by the Display tent/tarp to chat about the firearms, uniforms and life of a WW 2 soldier.

SSgt. Ken Brissette entertained the crow by riding his HD WLH motorcycle around the fair grounds to attract some additional attention our way

The bigger iron included a White half track and a Dodge command car.

Other Re-enacting unit friends were in a attendance such as Don Robinson from the Quonset Point Museum,

which allowed us to say hello and renew old friend ships with folks we have not seen in a while.

did not mount an attack on our encampment. 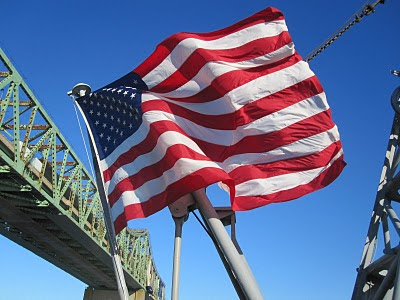 During Labor Day weekend on September 3, 4 and 5 of 2010, elements of the 26th YD HRG took part in WWII special activities at Battleship Cove in Fall River, MA.

The weather cooperated just in time as Tropical Storm Earl grazed the New England coastline during Friday night in to the early morning hours Saturday. When the sun rose, the skies turned blue and a cool, strong wind dominated the remainder of the weekend.

Once again, Unit members set up a variety of educational displays in the Battleship Cove museum. Some members walked the surrounding area and ships welcoming, and interacting with the public. Unit impressions consisted of WWII US Army, Navy and Marines. Displays consisted of Army small arms, communications, combat photography, typical barracks personal items and clothing, red cross, navy clothing and personal items, and French small arms with personal items and clothing. Our fundraising table was up and operating once again. German and British displays were also in attendance.

One of the highlights of the weekend was when WWII Australian fighter / bomber pilot, Flt. LT. Alan Flemming provided the public and re-enactors with a wonderful account of some of his most memorable recollections of his thirty three missions flown over Germany, France and Belgium while with the RAF. Lt. Flemming was awarded the Distinguished Flying Cross for his courage, skill and valor displayed during his time spent flying an Avro Lancaster, mostly at night. It was an honor to listen, learn and interact with one of the hero's from WWII.

Following a great meal Saturday night, there was a surprise deployment celebration for TSgt. Paul Campbell who’ll be leaving for Kuwait and beyond with his National Guard unit in a couple of weeks. God’s speed Paul. Stay safe. Thank you for your service to our country!

The movie for the evening was, “They Were Expendable”, starring John Wayne and Donna Reed. The movie was well attended and enjoyed by all. A special treat for all was that the movie was shown on the main deck of “Big Mamie”. After the movie, lights out and all hands reported to their birthing areas on the ship.

Sunday morning started with another great meal followed by the flag raising and religious services. Once again the static and walking displays provided the public with a great opportunity to be educated on the various roles, duties and customs that the WWII soldier, sailor, and marine performed.

It was another positive, enjoyable, and educating weekend that the 26YD HRG participated in at Battleship Cove, Fall River, MA. We look forward to seeing all who attended this year, as well as those who could not make it, to next year’s BSC event.

A big thank you goes out to the BSC staff, specifically the executive director of BSC, Brian King, for allowing the 26 YD HRG the privilege to participate in this unique WWII weekend.

Special thanks to the event coordinator for all re-enactors, Russ Kirby. Thanks for your hard work in putting together a great event!

A big send off for TSgt Campbell 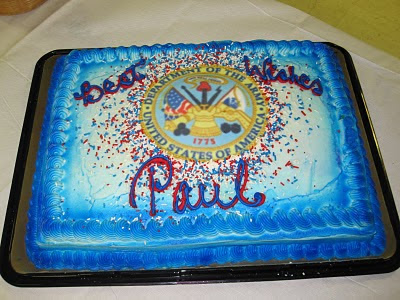 Our best wishes go off to TSgt Paul Campbell (104th Inf. Reg. 26th Yd Reenactment group). Paul will be soon be activated with the New Hampshire National Guard and be sent overseas. 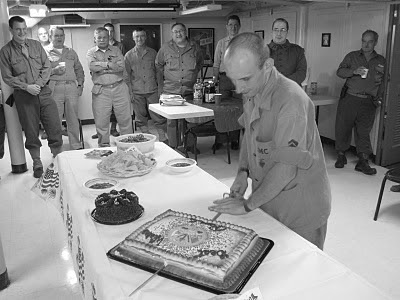 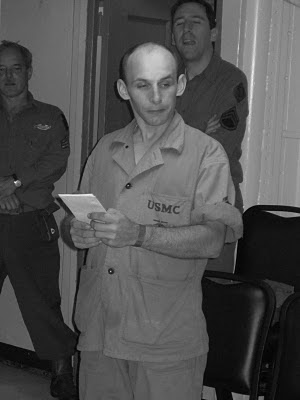 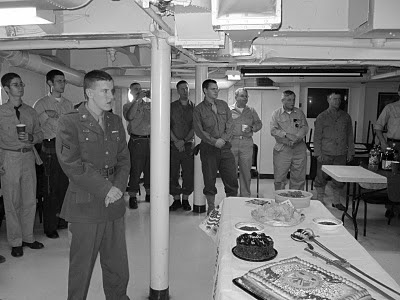 Many people from the event showed up 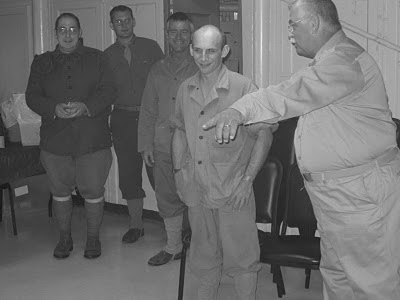 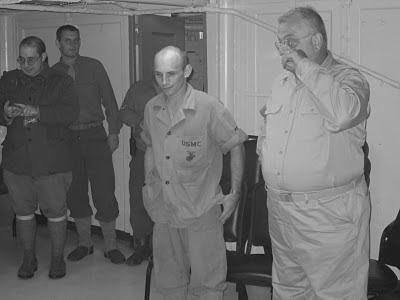 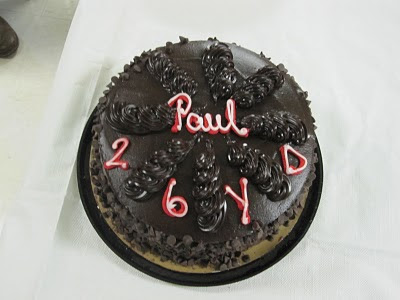 Paul is a large part of our group and he will be missed. we will be looking forward to his return
Pfc Baril
HQ 26th Infantry Division
Grapevine 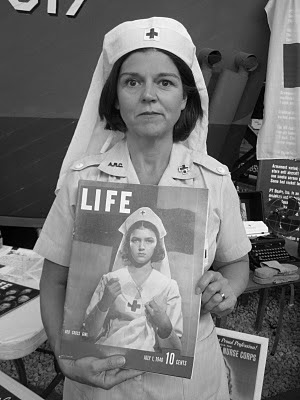 Sometimes you hit it right on the money.
Good Job Nurse Chris Teixiera 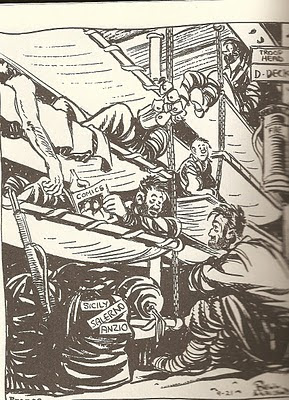 With Tom not here, I think we will be able to get some sleep tonight 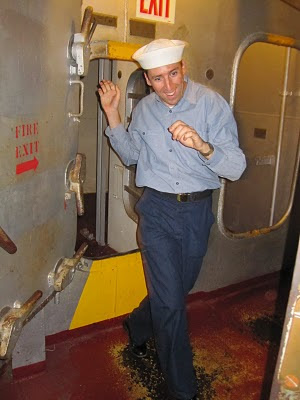 First you enter the gun 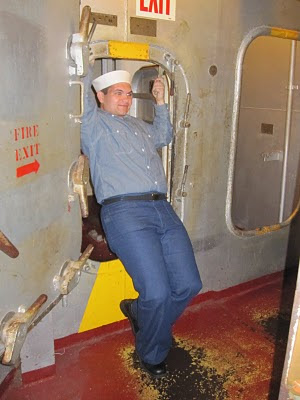 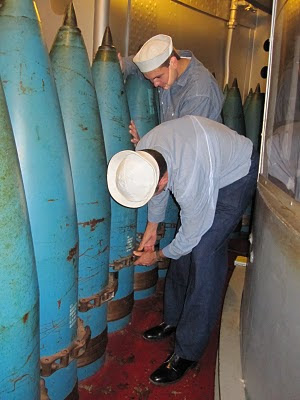 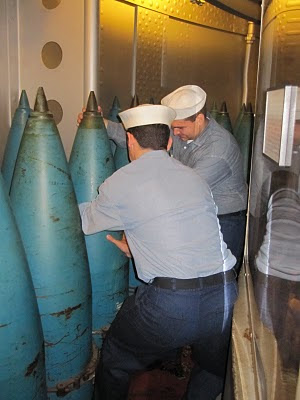 Bust a nut trying to move it around 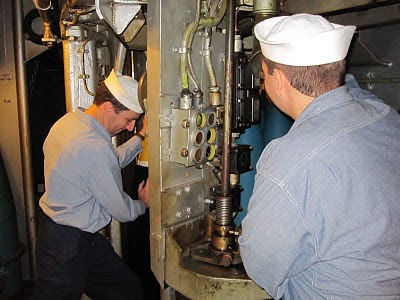 Put it into this lift 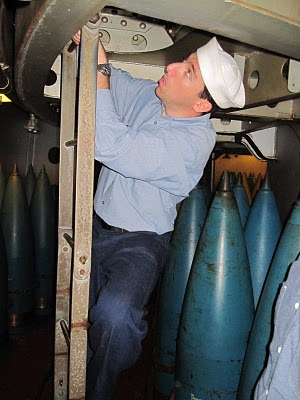 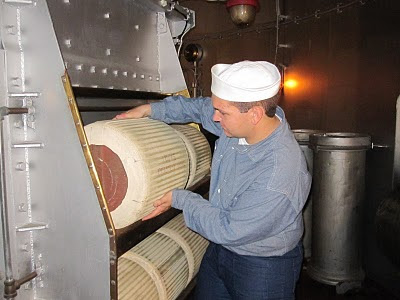 Then send the powder
And thats how you load a 16" Gun. 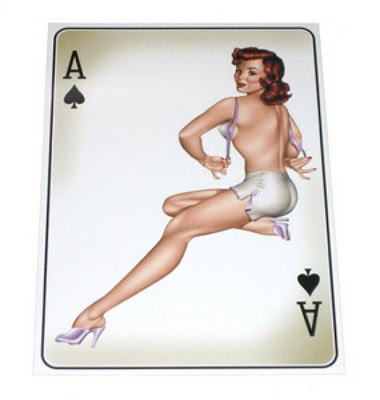 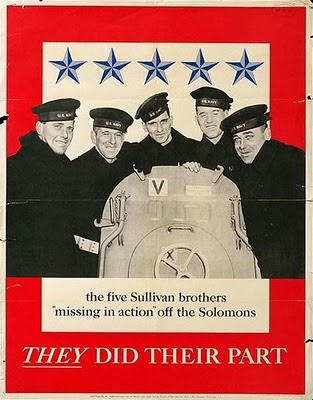