The following AAR is a summary of the day's event.

It was a great day for a parade. The temperature was hot, the skies were filled with sunshine and clouds and the people of Norwood, and surrounding towns, were eager to see a parade.

YD troops and vehicles mustered at the rally point approximately 1600 hours. In attendance were twenty seven troops and six vehicles.

There were a multitude of tanks, armored and support vehicles which accompanied the 26 YD in the parade.

The parade stepped off at approximately 1750 hours. The crowds were anxiously awaiting the WWII contingency. There were quite a few veterans in the crowd. All were acknowledged with waves and smiles, thumbs up and hand shakes. The YD infantry was very interactive with the crowds along the parade route. As usual, the Unit was well received. Especially SSgt. Volk's patriotic music playing from the back of his jeep. This year's pace of the parade was faster then last year's pace. The parade took approximately forty five minutes to complete. The parade ended for the 26YD HRG at approximately 1835 hours. Some YD troops stayed after the parade for pizza.

It was a great day for a parade!

All 26YD HRG personnel in attendance for your participation and enthusiasm!

For Troops attending The Windsor Tactical

I need an honest to god, no kidding assessment of who is attending the Windsor Tactical.

If you are attending, reply to this email with the following information:

1. Estimated arrival time.
2. Camping over Friday night?
3. Camping over Saturday night?
4. Need a weapon because you do not own one?
5. Have extra rifle's you wish to rent to troops?
7. Own a WWII Military Vehicle and plan to bring it?

Please reply at your earliest convenience.

It is very important I get a rough headcount so I can secure adequate area for the unit to Bivouac in.

Thank You
Cap.
REPLY TO: ssgtdevlin@yahoo.com 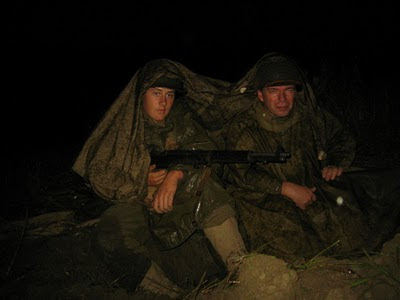 For everybody attending the Windsor Tactical bring rain gear, Half shelters, tarps, ect. anything to keep you dry in the field. For troop who have been in past years know it will rain. 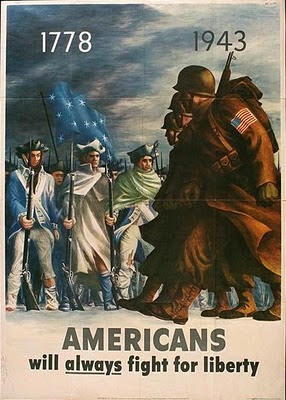 Pelham Training Day
Here’s a warning order for the Pelham training event coming up. It’s still a ways off, but I want to give you an advance notice on the Uniform of the Day. Saturday August 14th the preferred uniform for enlisted men will be HBT’s / leggings / with roughouts or captoes and the M1941 Daisy Mae hat. Any HBT pattern will do, but the earlier the better. If you don’t have a Daisy Mae, a fatigue cap is 2nd choice. You have some time, so do some hunting and locate the gear. Alternate uniform if you can’t find (or afford) the HBT’s will be regular wools. This event we will be training on a variety of items so also bring your full field pack and kit. A reminder will be sent out as the event gets closer. If you’re short on equipment ask your squad leader for advice. For the officers, the uniform option is your choice as long as it’s early kit. Time to get out those Smokey the Bear hats out again!

Saturday night, we will get ourselves cleaned up a little and wear the Class A uniform (for those that have it). After dinner there will be an awards ceremony and a movie. This weekend will be representing stateside Camp Edwards training period 1941-42.

Sunday is a CMP match that the unit will participate in. (We will give a refresher on shooting basics part of the day Saturday.) Uniform Sunday is standard wools w/leggings. I’m looking real forward to this event; it will be nice to have a good flat area to train without the public to bother us. If anyone has thoughts on classes they want to see, I’m all ears. Thanks for your participation,

Thank You
George, I want to thank you and your guys for comming!!!! That was really great, I had no idea how large it was. Figured it was a bunch of you all in pup tents.........lol. I heard ALOT of great comments about you guys. WE will certinly LOVE to have you back again!!!!! I promiss that you will be on LEVEL ground next time. In the past, we had used the lower field for the Vendors but got negative comments that the foot traffic was not there for them so we moved them back up where they were this year. I really hope to be at another location for next year so all of this hill crap will not be a issue but if it comes down to it for the same field next year. YOU guys can have the run of that location but save me a corner for some VN stuff. It sucks that I dragged alot of it out there and I never got a chance to set anything up. I hope to join you some time farther south with some of the other Living History shows to represent VN.